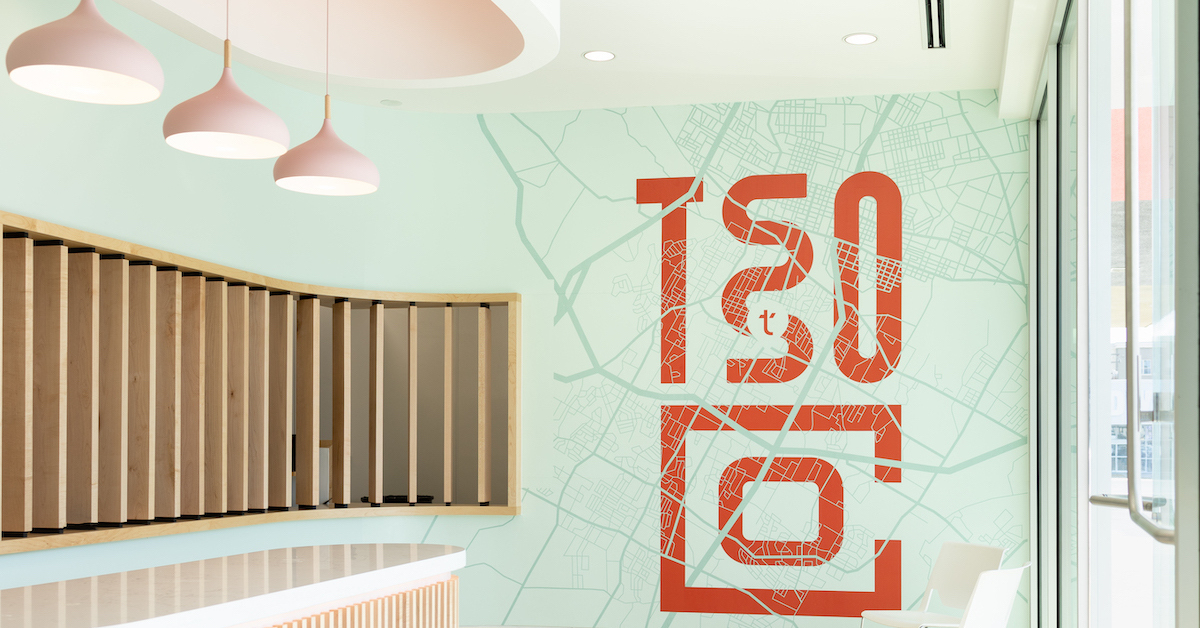 Austin, TX - Tso Chinese Delivery is excited to announce the opening date of their third location in Austin. The “TsoCo” store, located at 2407 South Congress at the intersection of Oltorf Street, will open on Saturday, November 27th bringing the local business’ Chinese food, free delivery, and no tipping policy into South Austin.

The delivery zone will include a proximity of approximately three to four miles of the store, with the north perimeter being Lady Bird Lake, Pleasant Valley as the eastern border, the southern as William Cannon, and the western border being Mopac Highway. Hours beginning November 27th will be Monday-Saturday, 11 a.m. - 9:30 p.m. Closed Sundays.

“We are thankful for the high number of requests and the demand to bring Tso to south Austin, especially areas just south of the river,” said CEO and co-founder, Min Choe. “We are excited to introduce our new designs and improved operations, but most of all, I’m excited to share our food and service to our fans and friends in the area.”

The TsoCo location will showcase new branding and visuals for Tso, incorporating a minimalistic design for the brick and mortar location, with soft lighting and pastel-colored walls, simple graphics, and light wood accents and undertones.

Tso Chinese Delivery will serve the same menu at TsoCo as their Cherrywood and Arboretum locations. Popular dishes include such Chinese-American standbys as their namesake General Tso Chicken alongside fried rice, lo mein, soups, and more, including vegan and gluten-free options.

To celebrate the TsoCo opening, Tso has collaborated with Dolce Neve to create a limited-edition gelato flavor, a Jasmine Tea Gelato which will be available through December 3 at both of Dolce Neve’s Austin locations (South 1st Street and East 5th Street), while supplies last.

Tso accepts orders via its website and orders must either be delivered or taken to-go, as Tso does not have a dining room. Tso’s digital platform, which was built in-house tracks orders and alerts customers when their order has been received, is being cooked, on the way, and outside the door. Additionally, Tso is a self-reliant food delivery service with its own fleet of delivery vehicles, opting not to use third party services like Uber Eats or DoorDash. “We’ve invested a lot of resources into building our own last mile delivery logistics platform customized to our needs, which handles the technology involved to deliver from store to customer,” said Choe. “We can better track our deliveries and offer personalized customer service, which are very limited with third party service partnerships.”

Expansion into South Austin was aided by a $2 million seed funding round in 2019 led by three notable investors, former co-CEO of Whole Foods, Walter Robb, Brett Hurt, co-founder of Bazaarvoice and data.world, and Brian Spaly, founder of Bonobos and Trunk Club. Tso was recently named one of the Top Fast-Food Brands to Watch by QSR (Quick Service Restaurant Magazine).

Tso opened its first location in August 2017 in Cherrywood and followed with a second location in fall 2019 in the Arboretum. Tso, which is a certified B Corp, has given over $220,000 in meals to the community since the beginning of Covid-19 via its #TsoGiving initiative. As a result, in the past year Tso received the Generous Business from the Austin Chamber of Commerce and was named one of the city’s Inspiring Leaders by Austin Business Journal.

ABOUT: Tso Chinese Delivery is a delivery and carryout-only, quick service restaurant concept in Austin, TX. Offering online ordering, free delivery and a strict no-tipping policy, Tso offers one of the best, value-driven delivery services of fresh Chinese-American food, anywhere. Tso is able to execute this service by utilizing a “cloud kitchen” platform which focuses on online ordering -- no app necessary -- with the ability to track order progress on one’s computer or mobile phone. Since launching in Central Austin in 2017, they have since opened a second location in Fall 2019 in North Austin, and a third location in South Austin in 2021. Visit tso.company for more information, like them on Facebook and follow them on Twitter @tsodelivery and Instagram @tsochinesedelivery.