Come celebrate businesses that give back

We are happy to announce that we will be moving forward with The Generous Business Awards in 2020! However, it will no longer be an in-person event but a virtual event that you can enjoy safely. 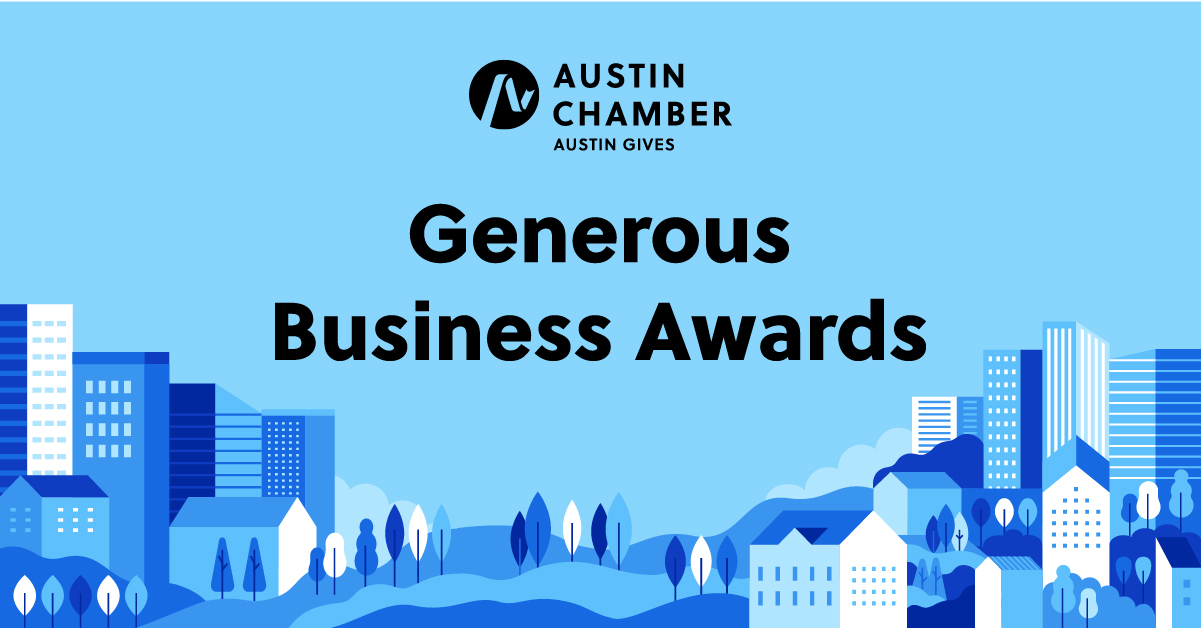 Please download the calendar invite attached to your confirmation email.

Cancellation Policy
The Austin Chamber of Commerce must maintain a cancellation policy for events in order to properly plan for catering, venue expenses, and marketing efforts. Unless stated otherwise, Chamber reservations must be canceled 5 business days prior to the event to be eligible for a refund. All refunds will be issued 10 days after the event. No refunds will be issued for nonattendance. You are welcome to send another member of your staff in your place.