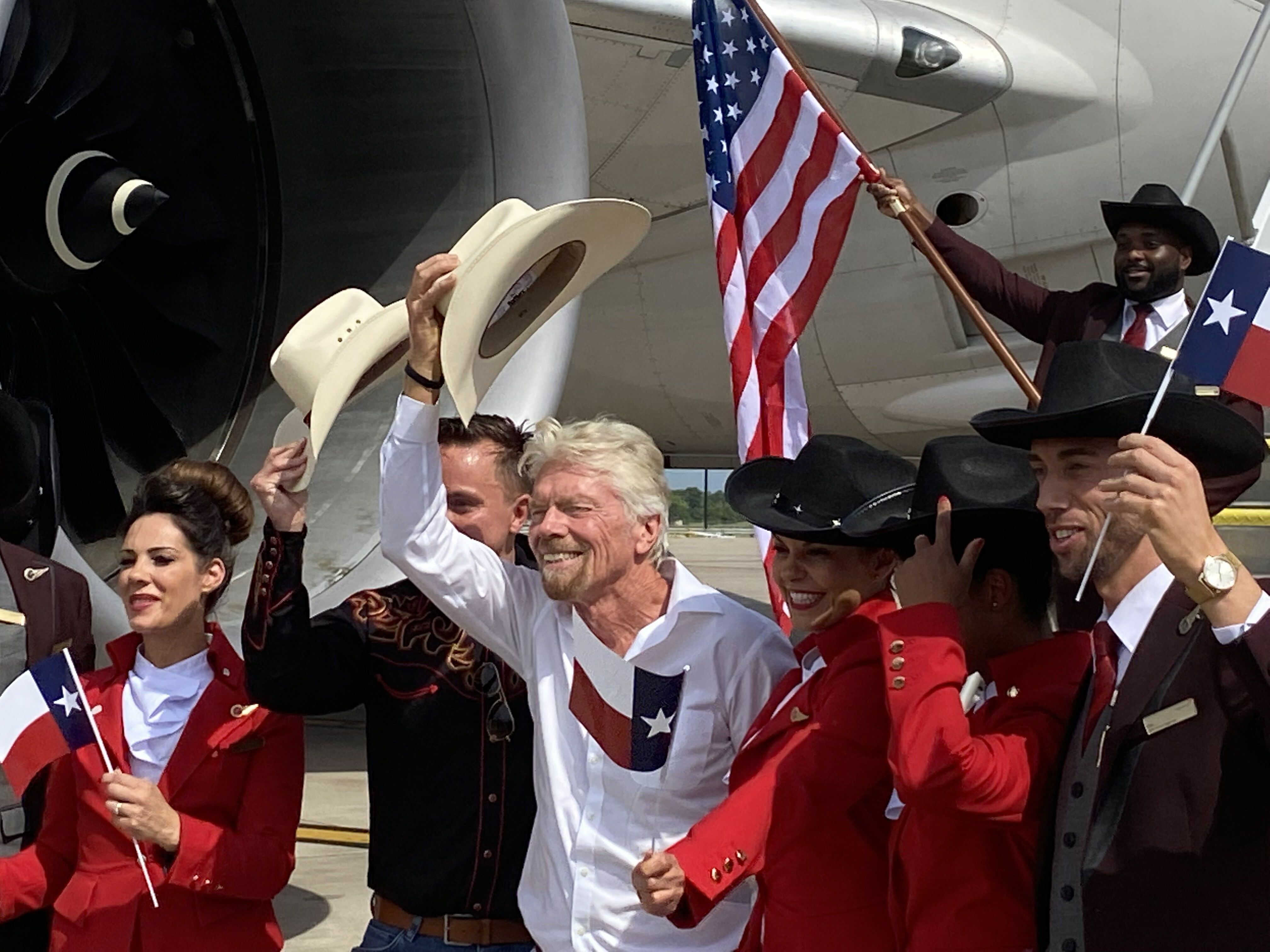 Austin got to welcome Virgin Atlantic Airways and its founder Richard Branson to Central Texas as part of the launch of the airline's new service between Austin-Bergstrom International Airport and London Heathrow.

The new service will connect the growing tech hub of Austin direct to London, which is not only one of the financial capitals of the world but a leading destination for tech start-ups.The Austin-to-London flight is the first new route to a U.S. destination since 2017 for Britain-based Virgin Atlantic. The new route began on May 25, and demand is already strong enough that the airline plans to expand service from four days a week to every day starting next spring.

Richard Branson, the founder of the Virgin Group and the chairman of Virgin Atlantic, joined in the festivities.

"On the entrepreneurial side, you've got lots and lots of exciting new entrepreneurs creating lots of exciting businesses. London, obviously, is equally exciting in that respect, so we expect enormous traffic between the two. My background is music, and you've got great music here. We just think Virgin and Austin, the two are made for each other."

As well as flying customers, Virgin Atlantic will offer 20 tons of cargo capacity on each flight. This fast cargo service will offer new opportunities for companies looking to export and import goods such as high-tech products and e-commerce between prime markets in the UK and US.

The flight will operate on the airline’s 787-9 aircraft boasting 31 Upper Class, 35 Premium and 192 Economy Delight, Classic and Light seats.

Flights, which will operate Monday, Wednesday, Friday and Sunday, are on sale now at www.virginatlantic.com. The flight will depart Austin at 6:05 p.m. and arrive in London at 9:00 a.m. for a next-day arrival, with return flights departing London at 11:35 a.m. and arriving in Austin at 4:05 p.m. All times are local.