Shop, donate, and celebrate with Austin Habitat for Humanity ReStore in honor of its 30th anniversary 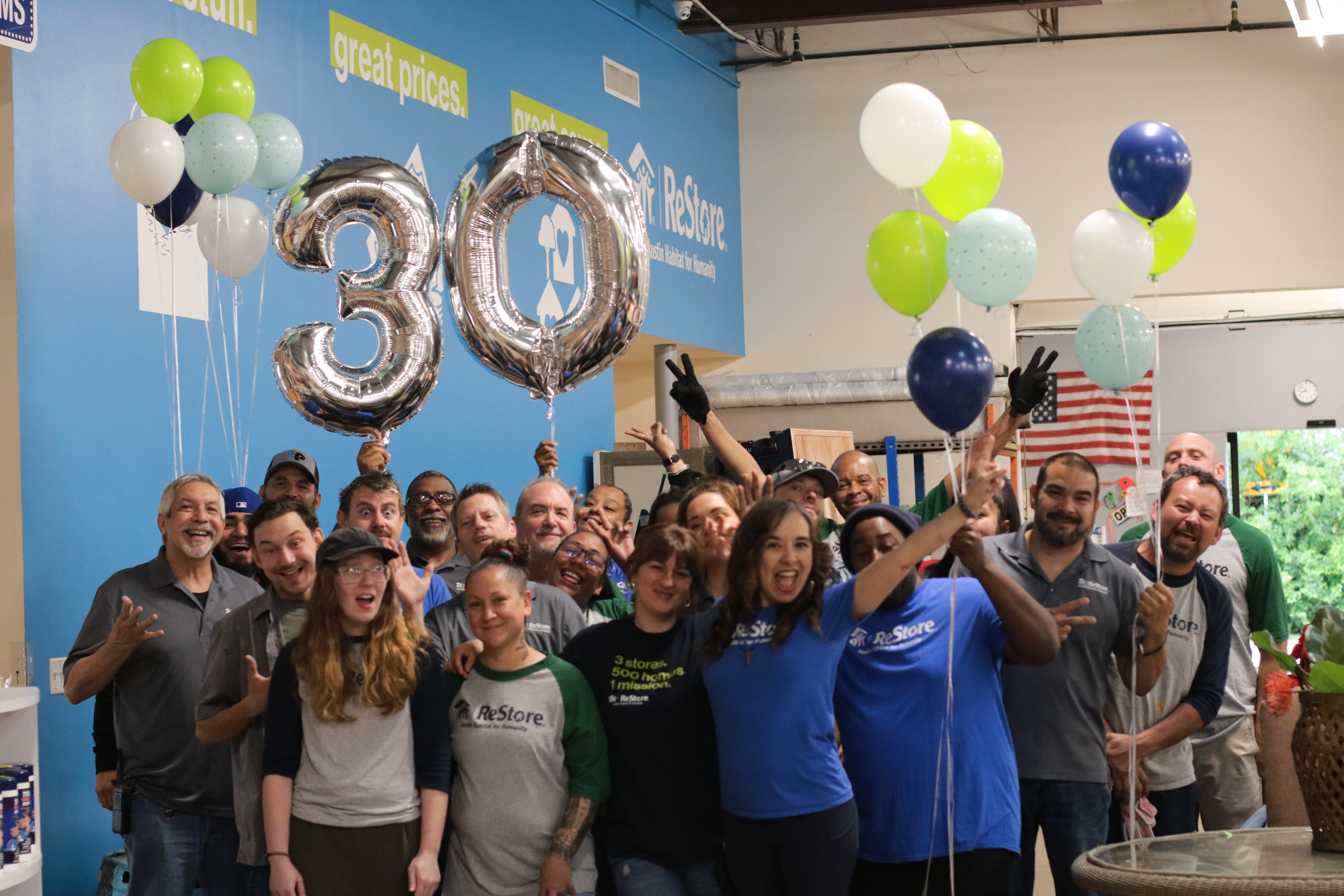 Austin is home to the first ReStore in the nation, opened in 1992. Austin Habitat ReStores are home improvement stores and donation centers that sell new and gently used furniture, appliances, building materials, and home accessories to the public at a fraction of the retail price. Funds raised by Austin Habitat ReStores help local families partner with Austin Habitat for Humanity to build and repair homes.

Originally located on Comal Street, Austin Habitat for Humanity united its corporate headquarters and retail operations by moving to a much larger, newer facility at the intersection of West Ben White Boulevard and South First Street in 2015. The original Austin ReStore has served as a nationwide model for other Habitat for Humanity affiliates, and now, over 900 ReStores operate throughout the United States. Austin Habitat for Humanity ReStore opened two of those additional locations during its 30th year history – one in San Marcos in 2018, one in Northwest Austin in 2021.

You never know what you’ll find at Austin Habitat ReStores, but you can always expect a bargain and a good time! Throughout their 30-year history, Austin Habitat ReStores have seen a wide variety of unique inventory pass through their doors. The ReStores receive items not only from local residents but also from commercial donors, liquidators, and other vendors, so shoppers can find unique pieces during every visit, from special order cabinets to just-enough subway tile to put up new backsplash in the kitchen!

“Austin Habitat for Humanity is so grateful for the support from our many ReStore shoppers and donors,” said Jamie Hatton, ReStore Marketing & Communications Manager. “Austin residents and businesses embraced the concept of ReStore from the beginning back in 1992. Together, we’ve kept over 40 million pounds of reusable material out of local landfills and helped build and repair over 500 homes.”

To commemorate this milestone, the public is invited to shop, donate, and celebrate on Friday, May 20 at the Ben White ReStore. Attendees will enjoy 10% off all purchases, free ReStore swag, and treats from Hey Cupcake! and Cuvée Coffee. The main anniversary program will begin at 9:30 am at the Ben White ReStore, but the sale, swag, and other sweet treats will also be offered at the Lake Creek and San Marcos locations.