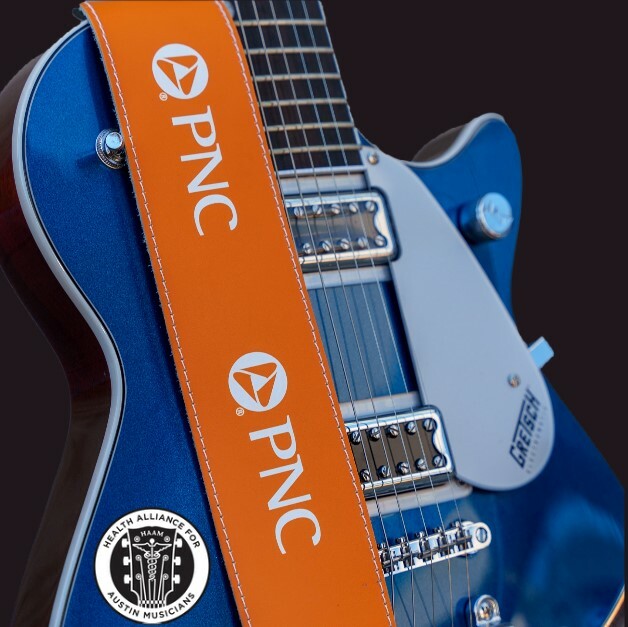 PNC Bank has announced a year-round sponsorship with the Health Alliance for Austin Musicians (HAAM). This is another investment in the Austin music industry.

At the crux of the sponsorship is the exclusive financial education partner component, which will involve PNC hosting several financial education workshops to help educate HAAM artists on how to best manage their personal and business finances. The bank’s presenting sponsorship of HAAM Day will also help facilitate the fundraising event that aims to make a difference in the lives of the more than 2,600 musicians covered through HAAM services. The all-day event is scheduled for Sept. 13, 2022, and includes over 200 performances across Austin that culminates in a public concert at Moody Amphitheatre, with a special musician to be announced.

The bank’s stage and pre-party sponsorship of HAAM’s Corporate Battle of the Bands, held at ACL Live at the Moody Theater, will include one band entry and the opportunity to host the initiative’s pre-party at PNC Plaza at ACL Live, a new outdoor event venue located outside of the ACL Live venue. The bank’s band entry, all part of the local leadership team, features Knudson on guitar, Private Bank Market Leader Stephen Jeffrey on bass, and Head of Corporate Banking Steven Gonzalez on the drums.

The partnership is the most recent milestone for PNC in its investments in the Austin music community, which started in October when it announced it had become the Official Bank of ACL Live and Austin City Limits. In March, PNC became the Austin Chamber of Commerce’s Exclusive Live Music Partner, allowing the bank to continue supporting local artists by providing live musical entertainment at a number of in-person chamber events throughout the year.

In early May, PNC also announced a unique partnership in the form of a new residency program, one that showcases a different local musician each month exclusively at PNC Plaza at ACL Live. The program is produced in tandem with the Austin Music Foundation’s Artist Development Program, which supports the viability, growth and visibility for Austin’s musical talent through a number of ways.

PNC Bank, National Association, is a member of The PNC Financial Services Group, Inc. (NYSE: PNC). PNC is one of the largest diversified financial services institutions in the United States, organized around its customers and communities for strong relationships and local delivery of retail and business banking including a full range of lending products; specialized services for corporations and government entities, including corporate banking, real estate finance and asset-based lending; wealth management and asset management. For information about PNC, visit www.pnc.com.