For 12 years, the traffic signal at the corner of East Parmer Lane near the entry of Samsung Austin Semiconductor in Northwest Austin has routinely operated. Just like every other traffic light of its kind, it helps travelers flow safely and efficiently through an intersection. It improves mobility for all daily roadway travelers who go by it and likely don’t give it a second thought. Yet, this particular signal is different. It has a history. It’s arguably the most valuable traffic light in America because it played a key role in landing the most significant company expansion in Austin’s history. It’s hard for most to remember it now, but the story of that traffic light started with a plea for help in 2005 during one of Opportunity Austin’s early business retention and expansion meetings.

In 1996, the arrival of Samsung Austin Semiconductors was an enormous economic win for Austin. It paired a globally aspirational city with a global corporation and proved Austin was ready for future opportunity and success. But, just outside the Samsung campus, bustling with construction, was a congested intersection through which thousands of commuters flowed every day. The roughly 1,200 Samsung employees moving through that same intersection added to the wait times and frustration. Over time, it became a fact of life that unless you were from out of town and didn’t know any better, you just didn’t even try to make left-turns at the intersection off East Parmer Lane.

In 2005, Samsung managers approached city hall and requested a traffic light to bring some order to the chaos. Their request, astonishingly, was denied. The Opportunity Austin team, on a site retention visit, learned about Samsung’s frustrations, safety concerns and the way they’d been treated by the city transportation department. OA leaders contacted city officials right away, pressed for a solution and this time the city took steps to install the much needed traffic light.

A short time later, Samsung officials reached out to the Opportunity Austin team to express their gratitude. They also made it known that planning for an additional 300mm chip manufacturing plant was underway for somewhere in the world. A meeting was quickly arranged for Seoul, South Korea. At stake was not just a manufacturing plant, but also the future of the city’s semiconductor industry.

That meeting in Seoul was Austin’s chance to convey how important Samsung was to Austin. It also started a series of meetings between Samsung executives, city, county and state officials, many of which were coordinated through and the Chamber.

Other serious competitors ranging from New York State to the Chinese government had lined up big incentives to lure the Samsung plant to their regions, but in the end, the $3.5 billion, 300mm chip manufacturing plant, and hundreds of new jobs, came to Austin—an enhancement to the $1.5 billion plant built in 1996 which was the first plant outside of Korea. The difference? One Samsung executive made it plain. It was the effort Opportunity Austin had made to get that traffic light installed off of East Parmer Lane.

According to an Impact Data Source economic impact study, the addition of Samsung and its subsequent expansions has produced $3.6 billion for our regional economy, 10,755 jobs and $498 million in annual salaries through 2015. In addition, Samsung Austin, which is located just inside City Council District 1, announced plans to invest an additional $1 billion and create hundreds of new jobs in 2017. 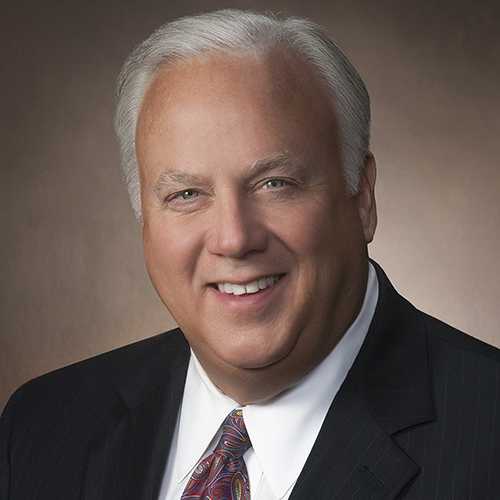 “The story of the Samsung stoplight reminds us of the critical importance of existing business retention and expansion. Before Opportunity Austin, we had no program to acknowledge and appreciate existing employers. We didn’t send cookies, we didn’t pat them on the back, and we didn’t bother to say thanks for being here. Basically, we did nothing,” said Gary Farmer, founder and former chairman of Opportunity Austin and President of Heritage Title.

“Statistically, it has been proven that 80% of all jobs created in any community are created by companies already located in the community. If the Austin region hoped to reach its full potential, we realized that we needed analytical tools through which we could better understand and correlate the thoughts of our collective business leaders,” said Farmer who continues to serve on the OA Board. “We believe we need to help amplify hopes, dreams and aspirations while mitigating problems, concerns and obstacles for the business leaders we engage. If we can succeed at this approach, Austin wins.”

Since 2005, more than 1,200 business retention meetings and surveys have been completed. These have brought a broad range of insights regarding the needs of small, medium and large businesses in the Austin area. The information is managed by the OA team as well as several OA regional partners across the area. The findings have prompted the Chamber to take on issues that might cause companies, jobs, payroll taxes and their support to the community, to consider leaving the region.

“If Opportunity Austin can identify, address and satisfy critical business issues, we can be certain that existing business will flourish and new business will be attracted. Not only will the “Samsung’s of the world” prosper, but the mid-market companies, mom and pop shops and entrepreneurs of all walks will prosper as well. If we can achieve this goal, we will create jobs for families and return for taxpayers in the region.”

The OA team recently worked alongside tech startup Certain Affinity—a leading videogame and entertainment company. Certain Affinity was the first to be awarded incentives from the Texas’ Media Production Facilities Development Program, funding that is expected to support the construction of a new 55,000 square foot office complex and the hiring of an additional 105 developers. The development program has long been championed by Opportunity Austin, and now our city is reaping the benefit.

Likewise, Opportunity Austin has engaged in retention practices with Austin region-based manufacturer YETI — a leading premium cooler and drinkware brand. After a company visit, a letter was sent to the Austin City Council encouraging them to nominate YETI as designation for a Texas Enterprise Zone Project, which has no cost to the city. The project includes investment, hiring, and construction in an economically disadvantaged area. YETI was given a green light by City Council in March 2017. The company said it plans to invest $25 million in capital investments that would also help spur opportunity for job growth and job retention.

“We always want to keep in mind that these are long-term relationships,” said Charisse Bodisch, SVP, Economic Development, Opportunity Austin. “Things don’t end or slow down once a company decides to come to the Austin region; we are committed to seeing growth, expansion, and job creation for the long haul.”

Samsung’s story, like Certain Affinity’s and YETI’S, all show our initiative in helping the Austin region work, but we can’t rest on past success. These companies, and many others like them, need our continued support. That’s what OA promises to do as we look forward to reinvigorating the initiative through Opportunity Austin 4.0.