Austin has a long-standing history with malted barley and hops.

On any given day, it’s pretty common to see Austinite's dressed in casual attire with an ice cold brewski in one hand. From ales, lagers, stouts, porters (and even cider), you could say Austin beer is synonymous to tailgates and good old fashion BBQ. For one company, this eclectic atmosphere sparked the humble beginnings of a one-of-a-kind brewery that has since earned recognition for excellence. 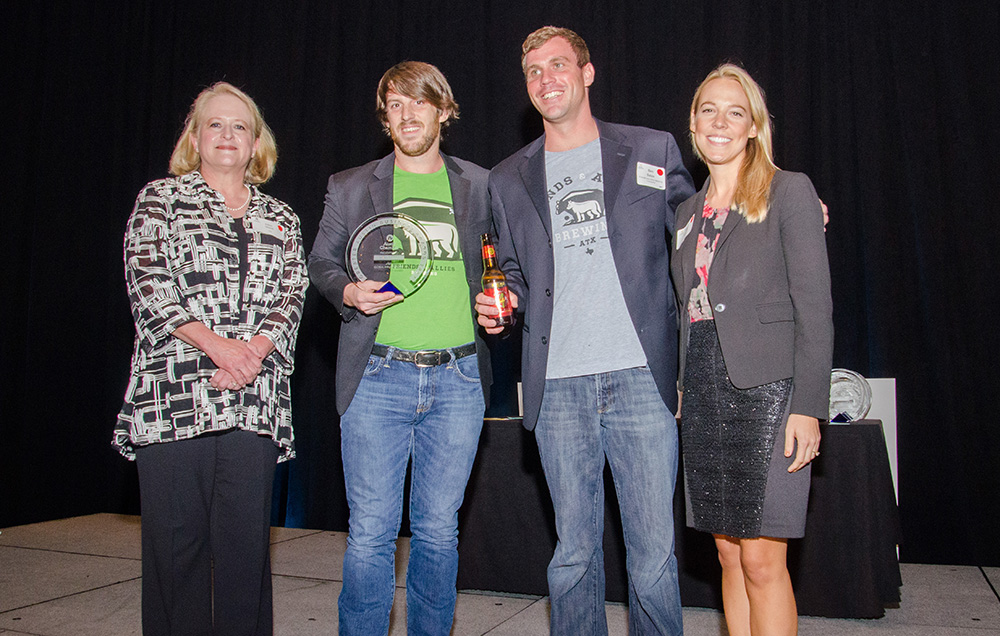 Friends and Allies Brewing received the Dell Technologies First-Time Entrepreneur Award from the Austin Chamber. The award, a category of the Greater Austin Business Awards program, recognizes a first-time entrepreneur that launched a consumer-focused business. Doug Driskell, an executive of Dell Technologies and Chair of the Opportunity Austin Air Service Task Force, presented the award to co-founders Devon Ponds and Ben Sabin. Dell also sweetened the honor by providing the company with a new Dell Inspiron 11 with a touch convertible tablet.

“This award means a lot to us,” said Friends and Allies Brewing founders Devon Ponds and Ben Sabin. “Being recognized not only as a first-time entrepreneur but as a community focused businesses is really remarkable. We are so proud to be a part of the Austin community. This is a humbling experience.”

Founded in 2015, Friends and Allies Brewing proudly self-distributes its entire product in Austin. Created by Devon Ponds and Ben Sabin, the brewery combines west coast brewing techniques and practices to deliver fresh and high-quality beers that connoisseurs can enjoy. Conveniently located next to Austin Eastciders on 979 Springdale Road, the facility offers a large patio, food trucks, a tasting room with taps, and a beer garden that serves draft and canned craft beer made on-site.

For more information on Friends and Allies Brewing, visit here.