After launching in Austin 5 years ago, The Zebra stands out as the nation's most comprehensive comparison website for car insurance. Their approach aims to take a complex and lengthy process and break it down into simple steps to offer nearly 250 million American drivers today the opportunity to compare multiple quotes in seconds. Due in large part to The Zebra's innovative technology and customer care, they were recognized as an A-List company with the Austin Chamber.

Since receiving the A-list award, the insurance company has experienced a wave of successful growth and public recognition. In early January, Forbes announced CEO Adam Lyons and COO Joshua Dziabiak were named to the 2017 Forbes 30 under 30 list in the consumer technology category. They joined other honorees such as Olympain Simone Biles, actress Margot Robbie, and Billboard Music Award singer Charlie Puth. Additionally, a group of investors committed $17 million in funding, a sign of confidence that The Zebra was a solid investment for future success and financial returns. Investors included Daher Capital of New York; Ballast Point Ventures of Tampa and Silverton Partners of Austin, as well as Dallas Mavericks owner Mark Cuban; venture capitalist Mike Maples Jr. and Simon Nixon, founder of Moneysupermarket.com, a British price comparison site for financial services. As the company spreads to new markets, The Zebra expanded its executive team. Brett Little, EVP of Finance and Administration as well as new VP of Sales, Steve Beard, both signed on here in Austin to help the company meet its growing needs. 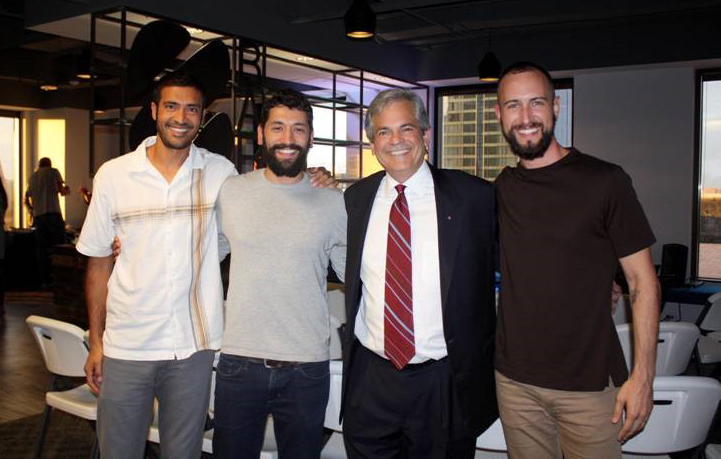 Click here for details on this year's Austin A-List event.